On March 5th our friends John and Eileen joined us from the US with plans to visit Montenegro, Dubrovnik, Croatia, and drive on to Mostar and Sarajevo, Bosnia.  It was a great proposed itinerary but not to be completed with the ever increasing restrictions in various countries due the spread of Coronavirus. 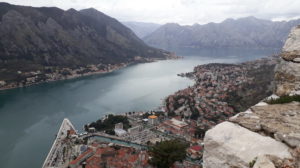 Our few days in Montenegro were wet but did not keep us from exploring the Bay of Kotor and the old walled town of Kotor. 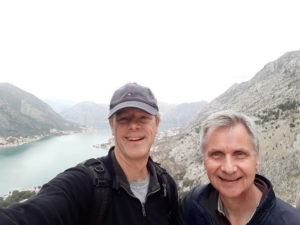 Bob and John even hiked up the side of the historic walls to a lookout at the top of the second most challenging hike, as described by the officials.  More shops were opening up as we started seeing signs of spring and the return of the tourist season.

Kotor, on the southern end of the Bay of Kotor has a heavily fortified Old Town tucked up against a steep cliff of rock.  The body of water is said to be the southernmost fiord in Europe, although it does technically not meet the strict definition of a fiord.  It is surrounded by mountains and spectacular views and is a major destination for cruise ships.  Getting lost in the winding alleys of Old Town is the best way to see it. 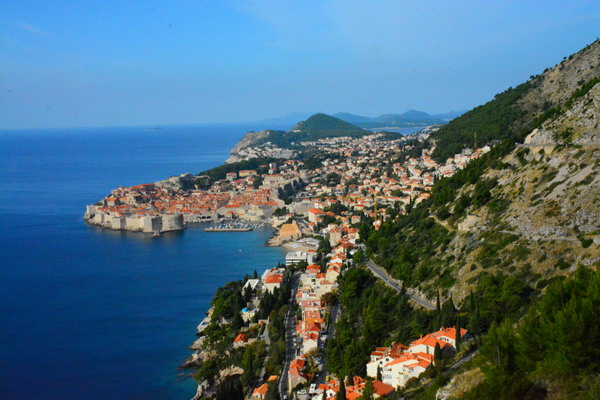 On Sunday we took off for Dubrovnik, an amazing city, to spend the day seeing the old city, located within the famous walls.  The Old Town has been much discovered and hosts 10,000 tourists per day in the summer. 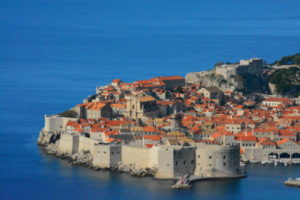 Arriving in March we only experienced perhaps several hundred tourists spread out around town, so no sense of crowds at all. We had a leisurely lunch and walked around the walls giving us a great view of the inside of the town and remnants of damage to the city during the Yugoslavian civil war.

Between October 1991 and June 1992 Dubrovnik was severely damaged by Serbian forces.  The Old Town was a UNISCO World Heritage Site which many people believed would protect it from attack.  It was also of little military value. 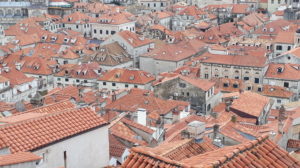 During the attacks, of the 842 buildings in the Old Town, 68% were struck by shells.  The outside walls of the town had 111 direct hits.

Walking the top of the wall surrounding the Old Town, the roof tiles help tell the story with new tiles in place marking the buildings that had been badly damaged.  The buildings, now mostly repaired, look untouched from overhead.

We booked our overnight stay at Guesthouse Rustico, located in a 14th century building just inside the old walls. 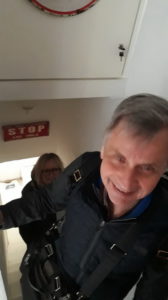 Other than about 80 stairs to reach it, plus another 25 or so stairs within the building, it was a good spot.  The decor was attractive, shabby chic, and we would definitely stay there again.  It was also convenient to enjoying an evening in the Old Town.  We had dinner at Restaurant 44, named for the owner’s cousin, (Bogdonovic) who played basketball for the Washington Nationals and now the Utah Jazz.  The number on his jersey is 44.  The restaurant is rated among the best in Dubrovnik and for good reason.  We really enjoyed the dinner and our very friendly waiter and chef.

The following morning, after wandering the narrow side streets and enjoyed a quiet breakfast in the walled city made famous in the television series, Game of Thrones.  It is easy to see how this medieval city made such a good setting for the series. One last lick of ice cream in one of the sweet shops and we were off to Mostar, Bosnia.

Looking forward to learning more about the Yugoslavian civil war we have two private tour guides on tap, one in Mostar and another later in Sarajevo.  We all remembered the 1984 Olympic Games in Sarajevo and seeing the spectacular scenery in Yugoslavia.  Things changed dramatically just a few years later when we spent from 1992 to 1995 watching television anchors on the evening news describing the bitter battles between ethnic groups. 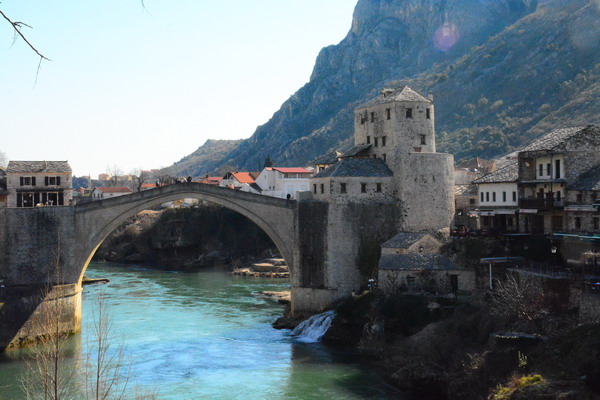 Mostar did not disappoint.  The small town holds a combination of rebuilt buildings in an old part of town centered on the Neretva River with the iconic “Old Bridge” as a centerpiece.   Parts of Mostar are still rebuilding with many crumbled stone frames, a stark reminder two decades later, of the costs of the war.  When we asked about tearing down the remnants of damaged buildings or repairing them we were told that there is no money for it.  This area of Bosnia has a 48% unemployment rate.  Tourism is now the mainstay of their economy, and the Old Bridge is their centerpiece.  It carried residents across the river for four centuries prior to the war.  During the war it was repeatedly shelled until it finally collapsed into the river, cutting off access between the two sides of the city and destroying a symbol of the city’s Muslim legacy.  The bridge was rebuilt using as many of the original stones, pulled from the water below, as was possible.  It is also rebuilt exactly as it had been.

Prior to the war, Catholics, Muslims, and Orthodox Serbs lived in harmony in Mostar.  Today the bells of the Orthodox Church can be heard along with the Muslim call to prayer.  Old Town feels distinctly Turkish with a bazaar lining several of the main streets. 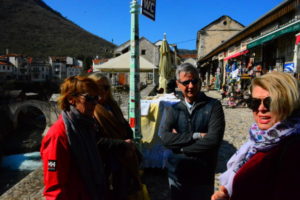 We hired a guide, Alma Elezovic, recommended by Rick Steves for a three hour tour of Mostar.  She was excellent.  Our tour was a two hour narrated walk through the Old Town and the main street of Mostar.  Alma has lived in Mostar all her life and her stories of the war are both historical and personal.

As it turned out, a day and a half was a good amount of time to see and experience Mostar so we decided to head on to Sarajevo a day early and enjoy more time there. 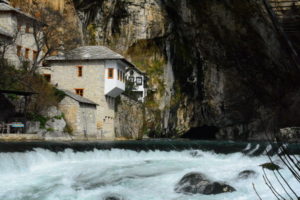 On the way to Sarajevo we stopped at a spiritual site called Blagaj where Muslims have been coming for hundreds of years to meditate and worship. 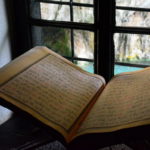 In the Islamic faith water is the basis of all live and holds special meaning. Because of a geological  anomaly fresh water flows out of the side of a mountain at a fantastic rate creating the illusion that the water is coming out of nowhere. It was for this that early Muslims considered this place sacred. Although the building on the site, which used to be a monastery, is still used for meditation, there are other attractions that bring people to the area, such as restaurants and recreation.  Despite the buildup for tourism the area is still mostly natural and, although we were there in the off-season, proved to be enjoyable and was well worth the visit.

This entry was posted in 2013-2020 BLOGS, Bosnia-Herzegovina, Croatia, Montenegro. Bookmark the permalink.