Since we needed to change planes in Athens it was a perfect time to stay a day and see the highlights of Athens.  The metro from Athens airport is a quick way to reach the center city where we were staying. The only issue with the metro are the pickpockets. We were warned; so, we stayed together and kept close tabs on our luggage, and pockets! We did not have a problem.   Our hotel, Central Hotel on Apollonis, was centrally located, clean and not expensive.

The rooms were small, and the elevator to the roof deck was exasperatingly slow and, only holding two people, incentivized everyone to get exercise doing the Stairmaster instead.  But, the location and the views made up for it.  As we arrived it was just getting dark. Hurrying up to the roof deck we were rewarded by the view–the Acropolis all lit up high above the city. The bar on the roof deck provided another reward! 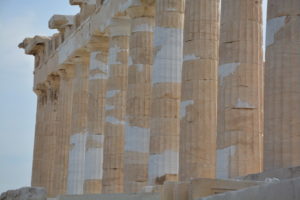 Only having one day we used the Hop-on/Hop-off bus as a combination audio guide and taxi.  We took the bus to a stop near the Acropolis and walked the final stretch to the top. Acropolis, which means “high city” was build on a limestone outcropping high above the plateau. Its various buildings, temples, sanctuaries, shrines and statues were amazing. 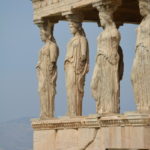 The Parthenon at the Acropolis, commenced in 447 BC, was equally impressive with its size and volume of columns (69 original, most of which are in place). 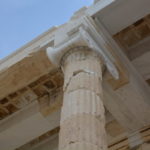 There was a lot of ongoing work to repair and restore the structures which was interesting to see. Over the millennia the Acropolis has provided many functions to many empires, not the least of which was defense.  With its vantage point high over the city the Acropolis offers commanding views of the city showing how flat and spread out it is. It certainly shows why the Acropolis was chosen as the site for a capital. 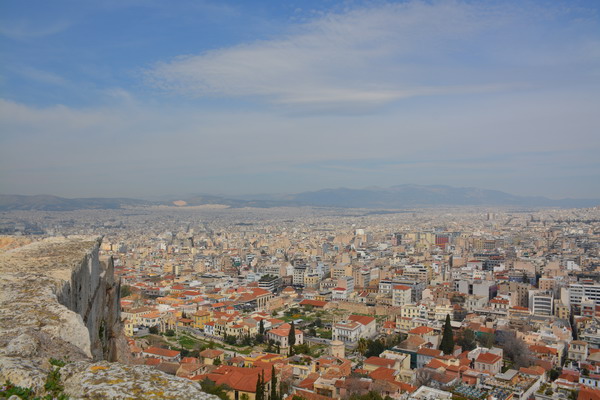 The brief walk through the National Gardens was nice and will be even better later in the season when more flowers are in bloom.  Our last stop was the Acropolis Museum, which is a beautiful, modern venue for displaying so many important artifacts of Athens. We could have spent a full day here. It houses many of the original statues from the Acropolis. 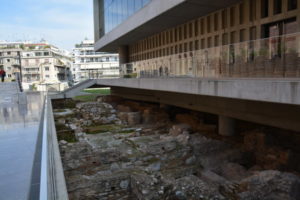 The British museum also has a number of the original statues, ones the Greeks still would like back. The statues seen by tourists at the Acropolis are copies.

In all, Athens was a great surprise. We often tell guests coming to visit who are connecting through Athens to stop and spend a day sightseeing the city. We would say you don’t need more than a day. We regret this advice which we have passed on from someone else. Athens is a poor and gritty city.  Lots of buildings are in a continual state of decay all over the city, many with permanent corrugated steel umbrellas to keep falling debris from injuring pedestrians on the street. 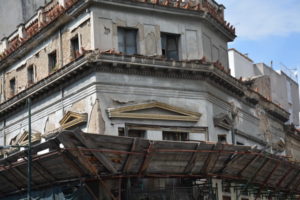 That said, we found the city rich with museums and historic sites.  The young scene was alive and well, and our evening was rewarded with wonderful restaurant choices and shopping.  Our revised recommendation is to look past the dirt and crumble, enjoy the vibrant culture, learn some history and spend three or four days in Athens.

At the end of the day we booked a room on the overnight ferry from Athens back to Kos–the best way to travel among the Greek Islands! Before leaving form Barcelona we had purchased a very large, cheap roller bag to get us through the trip and bring back some things we needed that we could not get in Kos.  The trip to Barcelona was fine; the trip back saw the bag slowly disintegrate.  At Athens airport baggage claim, the bag slid down the belt with the side slit open.  It was salvageable since the tear did not go completely through and the items inside would remain intact, at least for a while. As Bob walked the bag off the ferry when we arrived in Kos, the wheels fell off, the latch broke, the side split all the way through and the bag was declared officially dead.  It had done its job.

After almost three months away Quintessa was a welcome sight and everything was just as we had left it.

This entry was posted in 2013-2020 BLOGS, Greece - Saronic and Corinth. Bookmark the permalink.